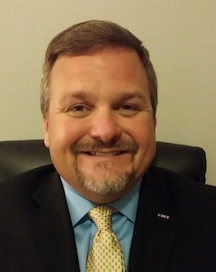 While in his second year of law school, Ken began his legal career in Ford’s Office of General Counsel, as a warranty litigation case manager. He supervised cases in Michigan, Texas, Illinois, Wyoming, Montana, Idaho and Colorado. After graduating from law school, Ken began working in the area of white-collar/complex criminal defense and also handled a large environmental ground water contamination case on behalf of a local municipality. Ken’s expertise in complex litigation and his ability to write computer code made him a perfect fit in the field of mass toxic tort litigation. For several years, Ken worked in asbestos litigation and supervised a team of attorneys and paralegals with over 6000 active asbestos product liability cases. In 2004, Ken assisted in the creation of the Erskine Law Group where he is still an attorney today representing Ford Motor Company.

Ken is also a 13-year veteran of the United States Navy. He served in the first Gulf War as an explosive ordnance disposal diver. His team cleared underwater mines off the coast of Iraq. He was awarded the Bronze Star Medal for heroic actions (with “V”) and the Combat Action ribbon. He was also named Reserve Sailor of the Year for the U.S. Atlantic Fleet in 1994. Ken has a Bachelor of Science degree from Charleston Southern University and a Juris Doctor from the University of Detroit Mercy.